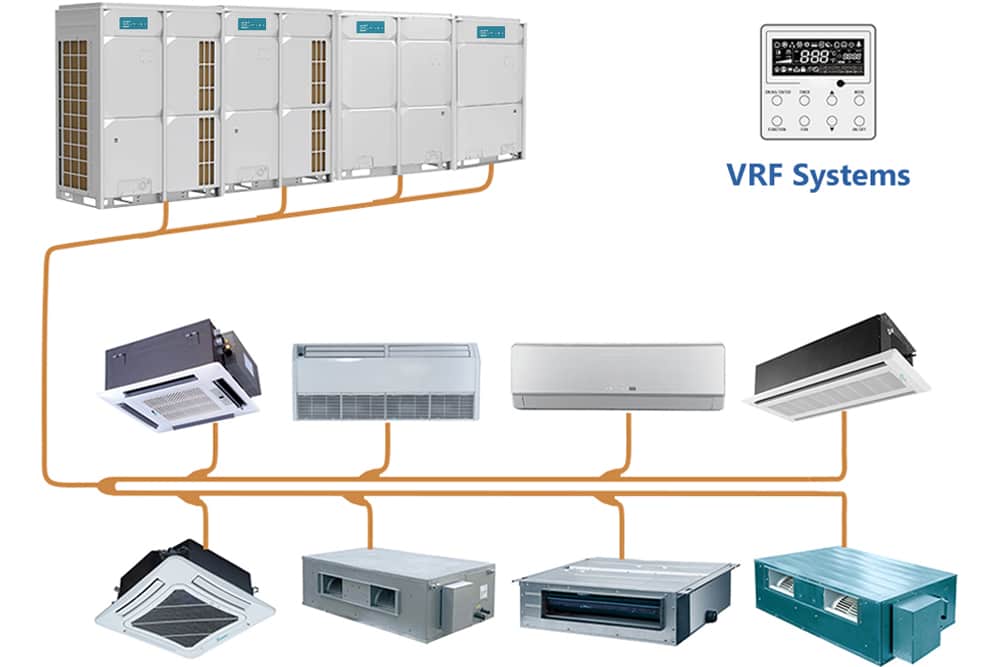 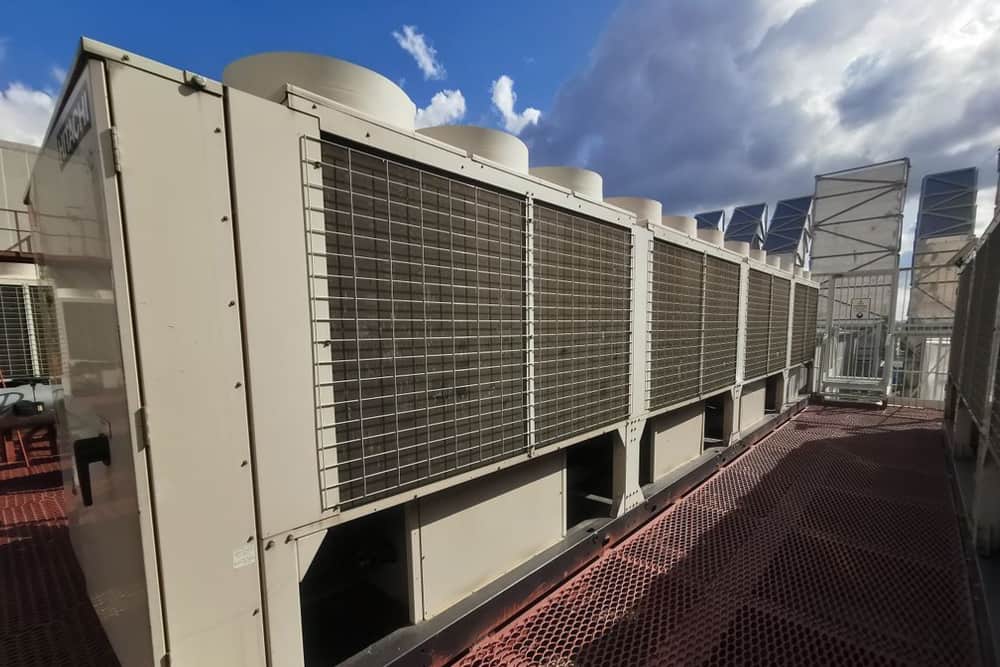 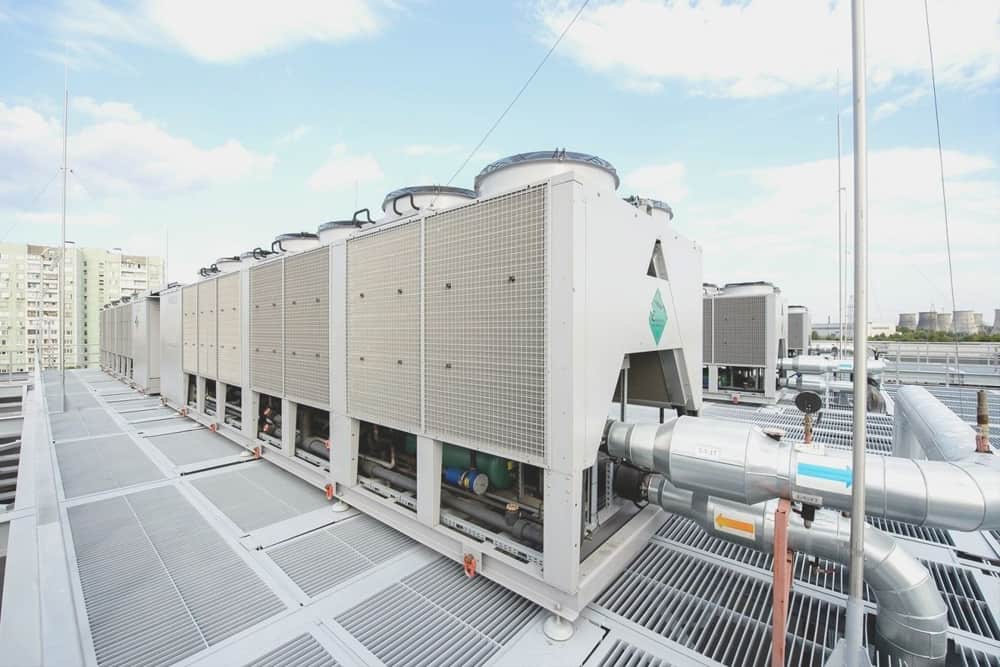 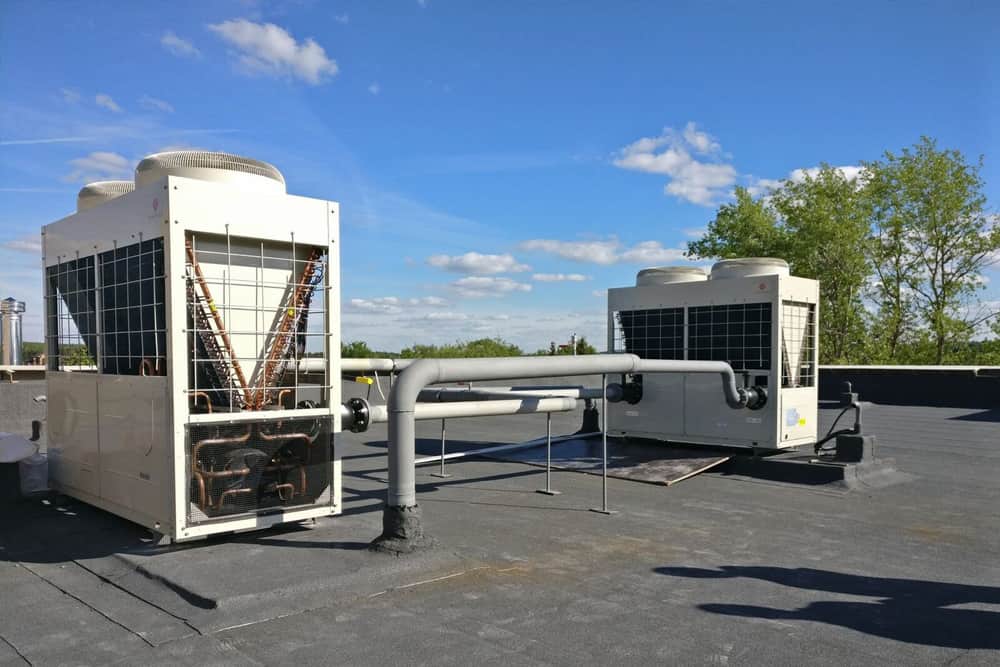 VRF-systems are universal complexes for air conditioning of large areas. Multizone VRF systems both heat and cool indoor air. On average, a conventional VRF system can operate in a room with a volume of 150-500 m2. Such systems, at an average market price, cannot provide the entire set of climatic parameters without any additional ventilation units. But they acquire such complex systems for a comprehensive solution of a global problem. Description of VRF systems - implies an individual approach to air conditioning in each room. In real time, the needs of each consumer per minute are taken into account.The VRV system is ideal for sites with indoor climates or high demand for activity. Accurate temperature control allows you to monitor changes in the VRV system and adjust its operation to economically maintain the parameters required by each user. Therefore, the VRV system is an effective complex for conditioning a particular object.

Chiller-fan coil systems differ from all air conditioning systems in that water (or non-freezing liquid) circulates between the indoor and outdoor units, and not freon. A chiller is a refrigeration machine designed to cool water and liquids. The chiller is a conventional freon air conditioner, through the evaporator of which water passes, and not cooled air. This water enters the fan coils through a system of insulated pipelines using a pumping station. Fancoils are installed in air-conditioned rooms and play the role of indoor units of split systems. Chiller-fan coil systems have a number of advantages over conventional multi-section or multi-zone systems:

Disadvantages:
Chiller-fan coil systems are not ventilation systems - they cool the air in each air-conditioned room, but do not affect air circulation in any way. However, a tubular water cooler mounted on the flow unit can be used. In one chiller, both tubular water chillers and various types of internal fan coil units can be combined, creating additional heat flows. Chiller-fan coil systems are more economical in terms of energy consumption than coating systems, but in terms of cost efficiency they certainly lose out to variable demand refrigeration (VRF) systems. However, VRF systems have a limited capacity (the volume of refrigerated rooms is up to several thousand cubic meters).

Modern chillers are produced in a wide range of capacities from 5 to 9000 kW, which allows air conditioning both small cottages and multi-storey buildings. All freckles can be distinguished by the following main features:

Air cooling is carried out in the same way as in household air conditioners - the condenser is filled with air flow from the fan. With water cooling, the condenser is cooled by running water. The second method helps to significantly reduce the size and cost of chili, but requires the use of running water or a slope device (circulating water pipes).

Istec Engineering offers professional services for the design, installation and maintenance of refrigeration systems. We can design and offer many types and brands of air conditioners according to customer needs. First of all, they depend on the purpose, size and budget of the object provided by the customer. In any case, our company gives a full guarantee for the product installed by it and carries out regular maintenance of the systems installed by us. Our main goal is to create comfortable living conditions for the owner of a large or medium-sized business or a client who owns a house.

The systems we offer to our customers are based on flexibility in installation, use of advanced technology, high quality and maximum energy savings in cooling and heating, year-round operation. Through cooperation with our partners, we offer you a wide range of air conditioning, VRV, VRF and Chiller-Fancoil systems.