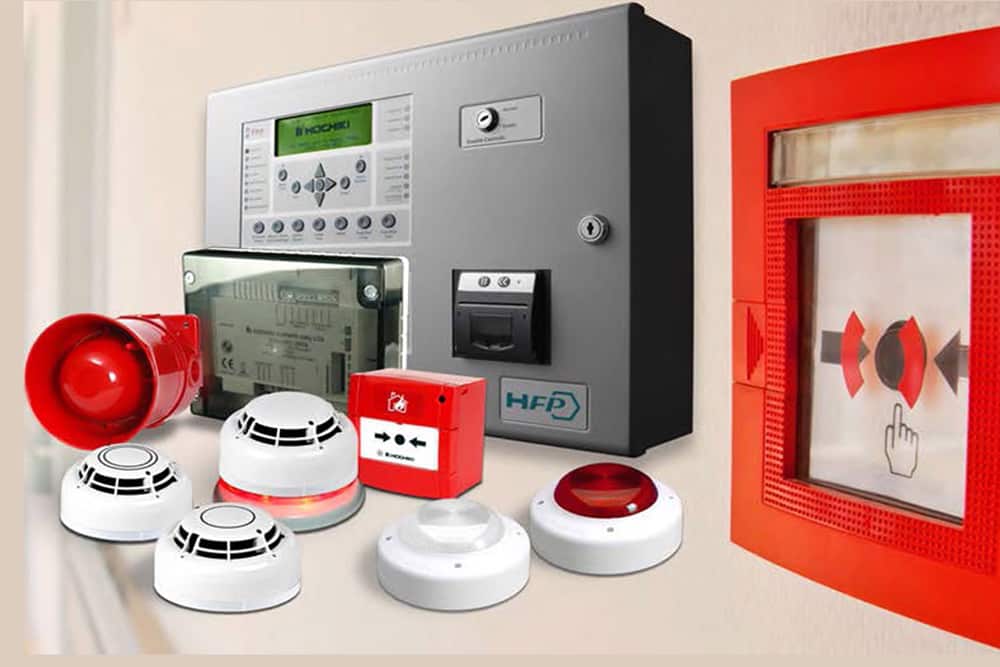 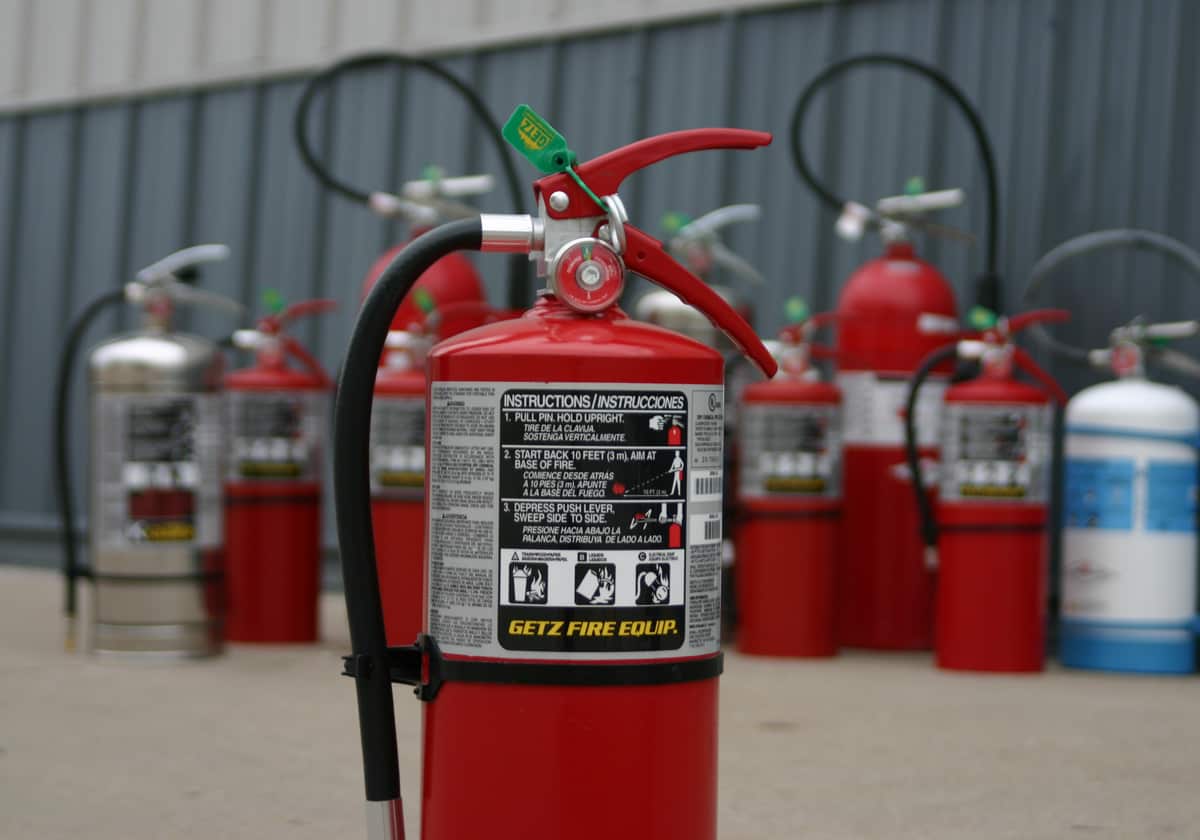 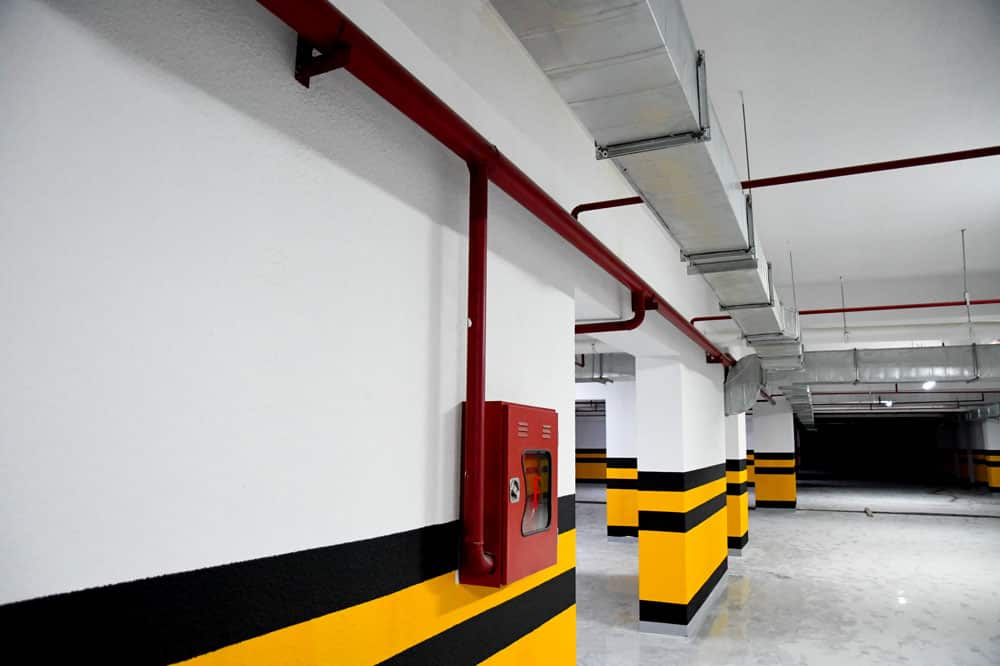 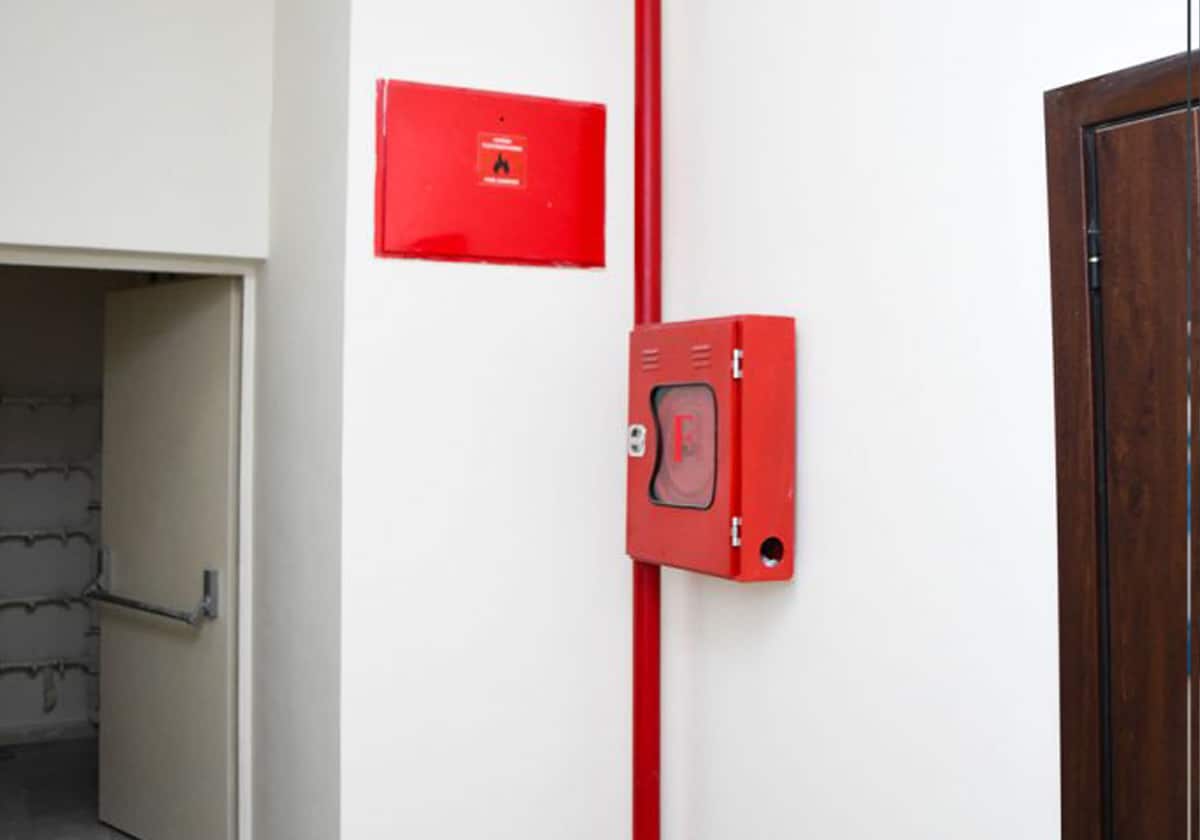 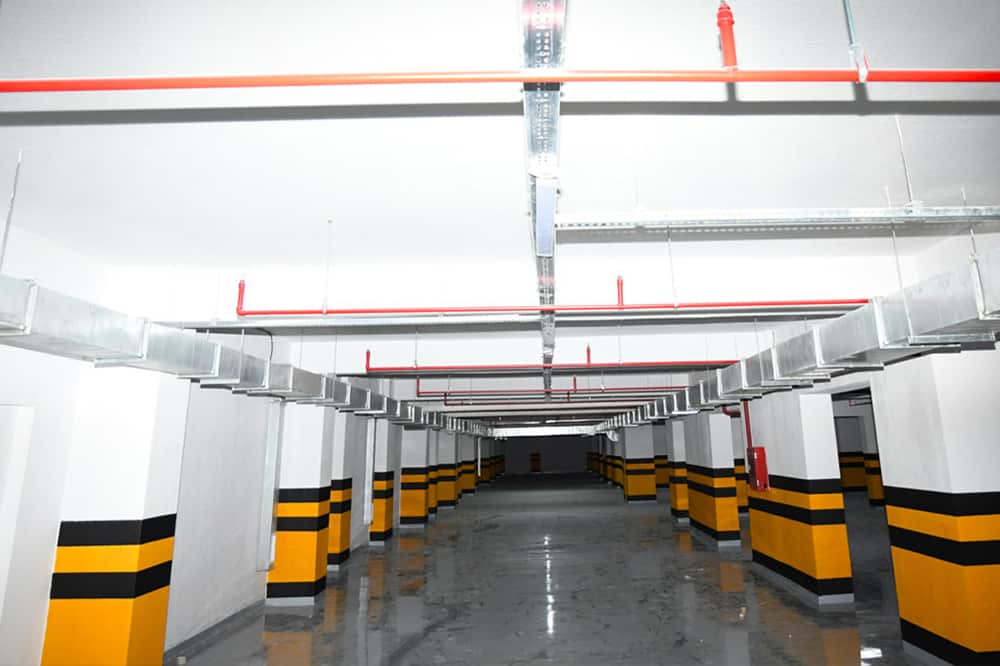 Fire alarm Security-fire alarm and alarm systems (security alarm) are designed to detect fires in all kinds of structures, buildings, facilities and businesses at an early stage, to warn building occupants, to notify necessary security units and to fight fire. as well as systems for protecting goods. While all safety systems are important, the need to acknowledge a fire is more obvious when you consider the damage a fire can do to a building and its occupants.

The water extinguishing system (Sprinkler system) is designed by considering details such as flammable material, shelf structure, whether there is a risk of freezing, risk group and related debt, pipe installation route, and whether it is in the earthquake zone. Accordingly, the nozzle model is selected and the burst temperature of the nozzle is determined. Valve groups are also arranged according to the model of sprinkler extinguishing systems.

Wet Pipe Sprinkler Extinguishing Systems
Automatic sprinklers are wet pipe sprinkler extinguishing systems installed in piped systems that are connected to a certain water source and contain water. This system, which is activated automatically with the effect of the increasing temperature due to the fire, ensures that water is thrown on the combustible material like rain.

Dry Pipe Sprinkler Suppression Systems
In this system, compressed air is applied to the pipeline to keep the valve between the water source and the pipeline closed. Or instead the space is filled with nitrogen gas. Air pressure is controlled automatically with a screw located at the entrance of the network. The heat from the fire activates any sprinklers and the pressure inside the pipeline drops rapidly. As the pressure drops, the valve at the inlet of the dry pipeline opens automatically and the pipes fill with water and move towards the fire area. Where wet pipe sprinkler extinguishing systems are not used, in areas where the temperature is lower;

Dominant Sprinkler Extinguishing Systems In Dominant
sprinkler extinguishing systems , which have a similar structure to wet and dry pipe sprinkler extinguishing systems, the control valve is normally closed. The valve opens automatically, acting through a separate fire extraction system. It is preferred in controlling rapidly spreading fires and when a large amount of water is needed in a short time. At the same time, in this system where standard sprinklers are used, all sprinklers are waiting in the open position.

The fire must be extinguished as soon as possible so that it does not cause further damage. Otherwise, various systems and networks in the fire area will be destroyed in a short time. FM 200 is preferred because of its short-term intervention in gas extinguishing systems. When the fire alarm is activated, the ignition system automatically intervenes and sprays the burning surface in approximately 8 seconds.

Significant physical damage occurs on the surfaces where fire extinguishing systems containing water, foam or chemical powder are applied. Due to this problem, FM200 gas has been developed and widely used since it does not cause physical damage to the surface on which it is applied. The most important factor in the widespread use of this system is that there is no need for any post-fire cleaning, especially in areas contaminated by FM200 gas. It does not pose a problem even in areas where electrical appliances are present.

The main features of foam fire extinguishing systems are as follows;

Types of fire in which the foam is effective;

Foam extinguishing systems, which have a wide range of applications, are generally; It is used in aircraft and helicopter bunkers, warehouses, fuel loading or unloading stations, paint workshops, chemical production or collection facilities, areas where flammable and combustible liquids are collected, areas where flammable and combustible liquids are filled, factories, overpasses, oil refineries, yachts. ports and similar areas. It prevents possible large fires by making a short-term effect on the flammable surface due to its fast response and rapid control feature, and also prevents the release of explosive gases.

During a fire, smoke spreads more and faster than heat. Therefore, deaths are mainly due to smoke inhalation. To prevent this, smoke evacuation systems are installed in buildings that meet regulatory requirements. In addition to preventing people from being poisoned by absorbing the smoke, the system also blocks the visual view of the evacuation route during evacuation. We use large cube mounted volute air motors, fire valves and smoke shields to do this.

When designing fire protection systems, our experts take into account the dimensions of the facility, its purpose, the materials used during construction, possible evacuation exits and the most basic regulations. One of the main components of these systems is the fire alarm system. A report should be prepared depending on the purpose, size and plan of the facility, a project should be prepared in accordance with the normative rules, fire alarms should be installed in the number and scheme suitable for the project. The sensors we use are mainly produced in Russia and Turkey and have high quality, durability and special sensor (sensitivity) features. While installing these systems, the customer's requests within the normative rules,